Welcome to December! As our time dwindled in New England, we wanted to make sure to get in one Northeast skiing weekend. So off we went back through Vermont up to Stowe Mountain Resort– with a few other stops on the way- in order to start off our winter right! Stowe is part of the Epic Resort network so we were able to purchase an Epic Pass to save some dough on our lift tickets, as we would be skiing at other Epic Resorts later this season.

Our weekend began in the middle of the “Northern Kingdom” of Vermont (~1 hour outside of Stowe), and boy did it look the part! We were driving through a true winter wonderland as snow was falling and the only buildings we were passing seemed to be barns on giant farms. One particular farm, Hill Farmstead, is home to a truly spectacular brewery that has been voted “Top Brewery of the World” by ratebeer.com for the past 8 or so years. Their brewhall is a giant barn-like structure with a slick varnished wood bar top where the bartenders will either fill up your glass or fill up your growler in their own separate lines. The bartenders do not accept tips- rather they tell you to use your money to buy another beer. We tried out Edward, Poetica #2, and Twilight of the Idols, and each one was amazing. From the moment the bartender handed us each glass we could tell the beer is extremely high quality. And each one has its own rich character. I did not want to leave, but we had other things to do. So, I settled on buying a couple bottles of Twilight of the Idols to go from their retail area and was satisfied.

Winter views while driving in Vermont!

Adam in his element!

Some claim it’s the best brewery in the world!

Winter views while driving in Vermont!

Adam in his element!

Some claim it’s the best brewery in the world!

The next stop brought us 40 minutes west to Johnson to a store where Megan originally wanted to go on our first Vermont trip- Johnson Woolen Mills. This is traditional flannel at it’s finest. They have been making awesome flannel shirts to pants to pajamas to hoodies for over 177 years now, and again you can tell it is a quality product as soon as you touch it. Unfortunately, this means the pricing is also premium but that did not stop us from snagging some fine selections!

Johnson Woolen Mills: where we both found warm Vermont flannels!

Johnson Woolen Mills: where we both found warm Vermont flannels!

About 20 minutes south just outside the town of Stowe sits The Alchemist, one of the most sought-after breweries around, known for IPAs. We decided to make this a quick stop as we had heard from my coworkers that this is not a normal brewery experience. They are mainly a retail shop up front where you just go in line to buy their beer in cans and then you have to go drink it elsewhere. To the left side they do offer limited samples of their beer to patrons, but they only have a small standing room only tasting area to enjoy them.

Down the road by less than a mile we needed to grab a late lunch snack at the Stowe Sandwich Company before our evening began, but it turned out they were already closed! So, we went to the coffee shop PK Coffee right next door and had their maple milk, grilled cheese and granola bar.

We ended up at PK Coffee because the Stowe Sandwich shop was closed.

If you haven’t had maple milk, you should try it!

We ended up at PK Coffee because the Stowe Sandwich shop was closed.

If you haven’t had maple milk, you should try it!

As the early afternoon turned into winter darkness, we headed into the Von Trapp Estate. While the snow kept falling, we made our way to their Outdoor Center just past their main lodge to see what activities they might offer. By the way, these are the same Von Trapp’s from the “Sound of Music” who escaped Austria in 1938, made it to America, and then traveled the world as a family singing act. When they made it to America they eventually settled in Stowe as it reminded them of the mountains in Austria. Much of their property is now open to the public, including a lodge or individual cottages you can stay at! Their Outdoor Center will tell you what winter sports are available for that day to be led by their activity leaders. From what we saw it looks like some form of cross-country skiing and snowshoeing is always going on. We stumbled upon the last activity of the day- a nighttime snowshoe trek out to the Von Trapp Bierhall. This roughly 1.5-mile headlight hike to go through the estate took about 90 minutes. We had an awesome guide who frequently stopped and told us tid bits on the natural history of the property and the history of the family. And it all culminates at their brewery where you can relax and sip on a dunkel or pilsner. We found out the snowshoe hike is also only one-way. A free shuttle constantly goes back and forth between the Bierhall and Outdoor Center/Lodge, so you don’t have to work very hard to get back to your parked car!

Gearing up for Adam’s first snowshoe!

Snowshoeing the Von Trapp grounds while getting some “Sound of Music” history!

A fun night time snowshoe through the powder!

Gearing up for Adam’s first snowshoe!

Snowshoeing the Von Trapp grounds while getting some “Sound of Music” history!

A fun night time snowshoe through the powder!

After burning some calories snowshoeing, we drove a little further east toward town to have dinner at The Bench! This is a great restaurant and bar serving up solid pub grub. Our meal consisted of ribs, poutine, and mac n’ cheese. But what really stole the show was Megan’s drink which was a combination of Bulleit Bourbon and hard apple cider. Oh yeah.

A cozy restaurant with tasty food!

Food to warm the soul!

A cozy restaurant with tasty food!

Food to warm the soul!

We finally made it to our Airbnb digs late Friday night at Notchbrook Condos, located very close to the Stowe ski village, maybe less than three miles away. The condo was everything we needed for a ski weekend, and it even came equipped with a community outdoor heated spa pool! We also met some fellow Airbnbers from Connecticut who were fantastic to hang out with!

Our view from our Notchbrook Condo Airbnb!

Our view from our Notchbrook Condo Airbnb!

Early Saturday morning we drove the ten minutes into the Stowe Mountain Resort parking lot to start our first ski day of the winter season! The best part- it had snowed ten inches throughout the previous night! We made sure to go as far into the lot as they’d let us in order to get close to the ticket office and rental equipment shop. Once both of us got all situated with our gear around 9:30 a.m. we made the short walk to their Over Easy Lift which takes you over to the resort’s second mountain and the ski village. From here you can access multiple lifts, all leading you to our easier green and blue runs of the day. Nonetheless they were still fun to get started on. After 4-5 runs we took a short break in the village to eat at The Skinny Pancake, a crepe-focused coffee shop and bar. Our crepe and panini were complemented by hot chocolate- heavy on the whipped cream. After fueling up, we made our way back on the Over Easy Lift to the taller mountain. They only had two lifts operating on this side of the resort, so it seemed kind of crowded, but it actually moved pretty smoothly. Taking the FourRunner Quad Lift brought us to the highest point we could reach that day, and from this peak we took some very long runs for just getting our ski legs back. Our favorite and longest run ended up being Ridgeview to Sunrise to Tyro to Lullaby Lane to Crossover to Lower T-Line where we ended at the Mountain Triple Lift. Following another 5-6 runs we called it a day at 3:00 p.m. and decided to head back to the village for a couple drinks!

Mansfield Lodge – one of the Stowe chalets you can rent from.

It snowed all day!!

A window of opportunity to sneak a peek of the view!

The Skinny Pancake in the Village.

Mansfield Lodge – one of the Stowe chalets you can rent from.

It snowed all day!!

A window of opportunity to sneak a peek of the view!

The Skinny Pancake in the Village.

Directly behind the ice rink sits a cozy bar space called the WhistlePig Pavilion, named after the nearby distillery serving up original rye whiskey. Here at their pavilion they serve up delicious rye whiskey cocktails, fire-baked raclette cheese, and daily live music. It was a perfect way to finish off our time in the Stowe Mountain Resort.

They have fresh raclette over the fire!

They have fresh raclette over the fire!

Upon returning to our Airbnb we immediately went into the outdoor hot tub pool to warm up which was phenomenal but we then we realized we were very hungry. So out we went to Piecasso, a wood-fired pizza restaurant and bar across the street from the PK Coffee shop we had previously stopped by. We got some personal pizzas to devour and were good to go to start our night!

Piecasso in the town of Stowe.

A lively restaurant with sports on TV and a small arcade.

They sure do pies well!

Piecasso in the town of Stowe.

A lively restaurant with sports on TV and a small arcade.

They sure do pies well!

Our Airbnb host mentioned The Matterhorn bar as a top nightlife spot in Stowe, and when we got there Saturday night, we learned hundreds of other people also knew it was a lively place to be. There was a live band jamming out, a relaxed riverside lounge, and a giant U-shaped bar full of long-time patrons. But most importantly there were two pool tables available to play on. We grabbed some drinks at the bar and then got super lucky in nabbing one of the tables to ourselves. Quickly another couple from New York came by to challenge us and we ended up playing a best of 5 series! It was a great time and really fun to meet more awesome people! Shortly after we won the deciding game 5, we called it a night and went back to our condo.

A fun, local bar with live music on Saturday nights!

A fun, local bar with live music on Saturday nights!

We slept in a little on Sunday morning with the plan to have breakfast at McCarthy’s Restaurant and then drive home, but when we showed up, they had a sign saying they served their last breakfast on Oct. 31st! The McCarthy’s had retired before we could try out their food! So, we ended up going to The Bagel– your standard quick breakfast joint with cream cheese bagels and bagel sandwiches.

It was another great New England weekend in the books! We loved heading back up to Vermont to experience a taste of Northeast skiing and hitting some spots that we didn’t get to on our previous trip to the Green Mountain State. Of course, there’s always a place we miss. In the future we’d probably head to Stowe Cider if we had any extra time in Stowe. 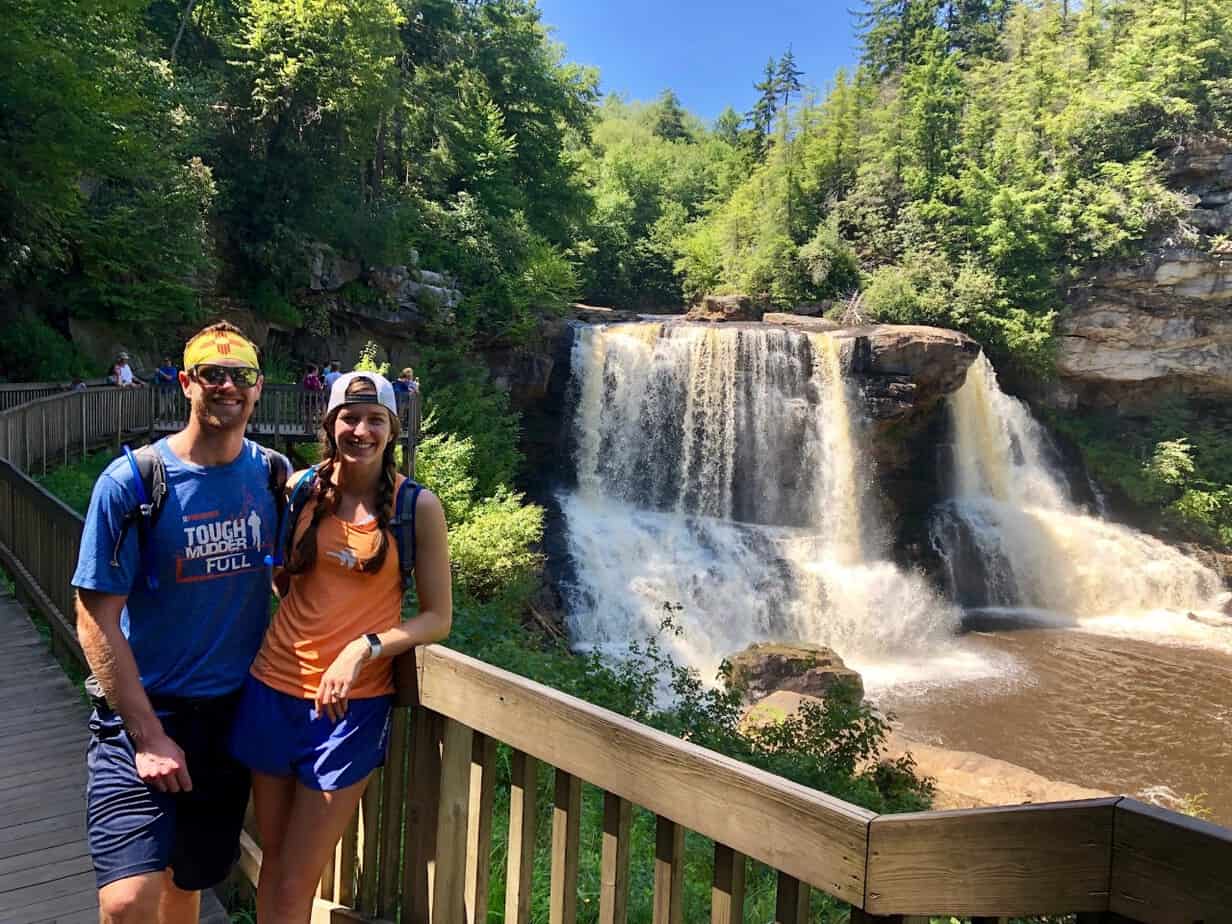